There is a lovely little square, where the Italians gossip and the fishermen pull up their boats, just near. Everything is too nice for words – not a bit touristy – quite simply Italian common village.” 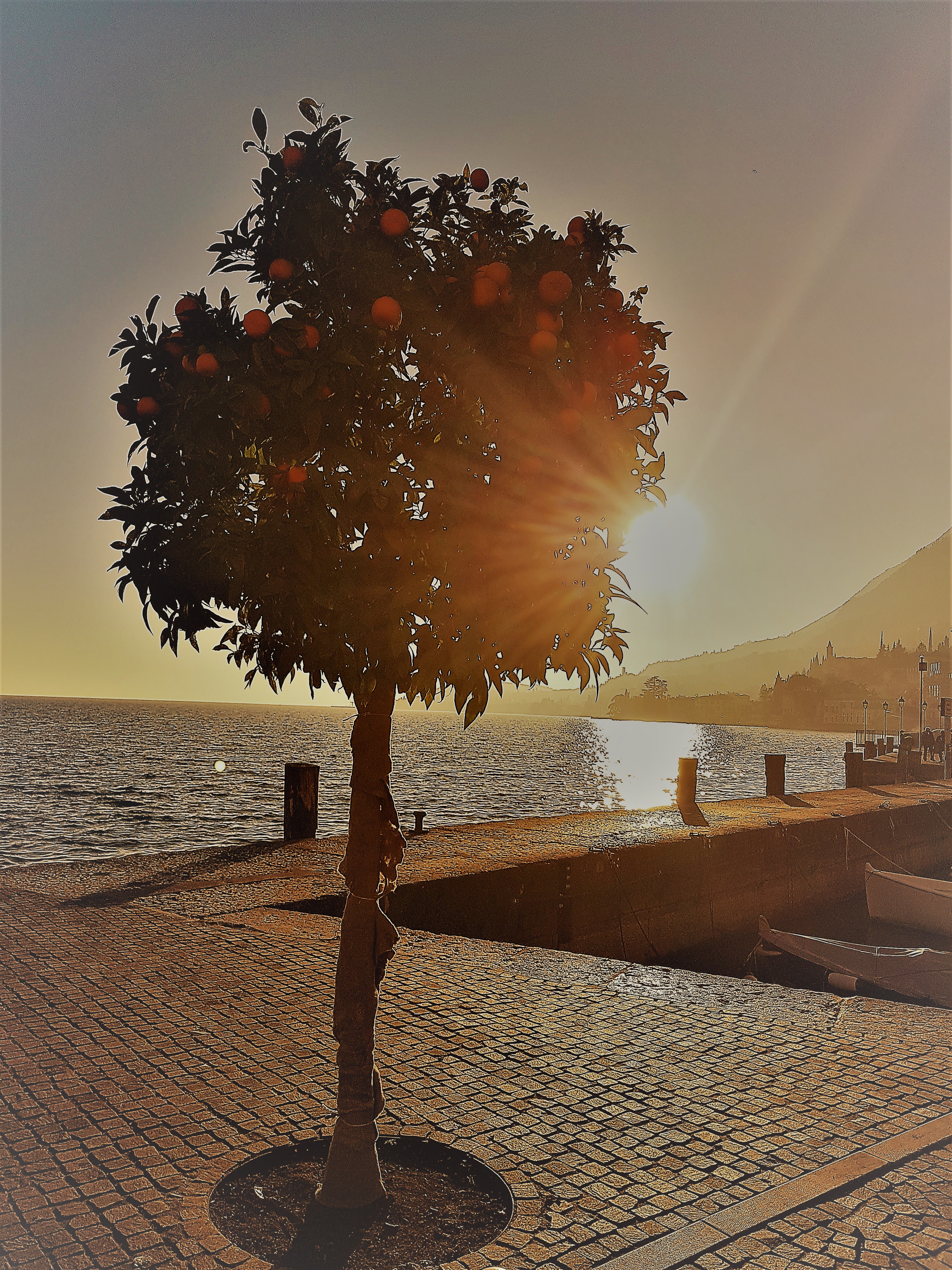 The area, dominated by Mount Denervo(1459m), consists of town of Gargnano, whose house cluster around a small port, and twelve hamlets, some on the lake (Villa and Bogliaco), others situated on the gentle slopes (Villavetro, Fornico, Zuino, Navazzo, Musaga, Muslone), and still others in the hinterland (Sasso, Liano, Formaga, Costa). All are linked by convenient scenic roads that travel through olives groves and cross meadows and woods.

Along the lake are innumerable citrus fruits and lemon groves which, with the fishing industry, became an important economic resource starting in the 18th century. Bogliaco, home to the yacht club, hosts several international regattas, Centomiglia and American’s cup. Countless excursion on foot, on horseback, by mountain bike or car can be taken through the lovely hinterland.

Curiosity and history
Two stones tablets from the Roman Era, one from the 3rd century dedicated to Neptune and the other from the 1st century dedicated to Revinus, can be see in the cloister of San Francesco. The Heruli, Goths, Byzantines, Lombards and Franks followed one another ruling over the area.

During Venetian dominations (1426-1797), Gargnano was the administrative centre of the district that also included Tremosine and Limone. The local economy was based on fishing, olive oil, lemons, chestnuts and timber.
Like the rest of the Riviera, from 1815 Gargnano belonged to the Lombard-Veneto Kingdom, and from the 1859 it became a part of the Kingdom of Sardinia. In 1861 Gargnano joined the Kingdom of Italy, in July 1866, during the Third World of Independence, Gargnano was repeatedly shelled by Austrian cannons (Austria ruled over the lake at that times). Cannon balls can still be see lodged in the walls of homes near the port.
Between 1943 and 1945 during the Italian Social Republic, Gargnano was the residence of Benito Mussolini. Villa Feltrinelli was the official residence of Mussolini.

The extra virgin olive oil of Lake Garda, obtained from the careful selection of Leccino, Casaliva and Frantoio olives, has always been considered a highly prized condiment for use in food, from early childhood to old age.

Due to its high content of polyunsaturated fat acids, it is considered one of the best olive oils in the world. Our extra virgin olive oil is obtained by traditional milling of the olives from the hills on the western shore of Lake Garda, harvested by hand and pressed promptly with stone grinders using the cold system.

The water of a stream, a sheltered valley, the slope of a hillock, the proximity to the lake were important prerogatives in the construction of a lemon garden, commonly called limonaia and, in dialect, ardì.
Often structured on several shelves (còle), connected by stone stairs, it could vary in size. A massive wall enclosed it on three sides, guaranteeing exposure to the east-south-east; in a central position, or at one of the ends, was the caèl, which served as a deposit for roofing materials.

The roof, sloping backwards, rested on pillars, connected to each other, or to the wall, by large chestnut struts, with a diameter of about 30-40 cm, called sparadossi (sparadòs); perpendicular to those, in five to six parallel lines, other thinner beams, the cantéri (cantér), were fixed with nails.
In anticipation of the first cold weather, in November, the lemon house was covered with planks (as) for the roof and, for the solar front, middle planks (meì), glazing (envédriàe) and doors (üsére), all numbered accordingly.

The boards were made of fir, 3 cm thick, about 20 cm wide and 5-6 m long. Two planks were placed side by side, a third was laid on top and nailed together along the line of the smaller rafters. On the sunny side, the roof was built using the three parallel larch beams (filaröle), inserted into the pillars of the same còla, at three levels, blocked at one end in a stone joint (préa da filaröla).

Excursions through the hinterland

On the tracks of D.H. Lawrence
David Herbert Lawrence was a famous English writer who visited Gargnano between 1912 and 1913. The walk through the ancient roads connecting the small villages and the lemon houses that surround Gargnano. Height difference: 350 mt.

Through olive and lemon groves
Excursion through olive groves and lemon groves; between old churches and wonderful Lake views, walking along ancient roads rich in history from Gargnano to the characteristic small villages Muslone and Piovere, hamlet of Tignale.

Venezia:
an opportunity to enjoy the charme of a town that softly falls asleep...Venice is one of the most popular and romantic cities to visit in Europe.  With its canals, bridges. narrow streets, gondolas and balconies. A day dedicated to the famous lagoonal city with is monuments and the picturesque and quite alleys. The trip by private boat from parking area to the city centre and back is included in the price

Verona:
Explore the romantic city of the Della Scala family. Your tour guide will take you on a sightseeing tour to Piazza Bra with the famous Arena, to the balcony of Romeo and Juliet and to the historical and beautiful city centre.

Milano:
The capital of the world's fashion. A guided tour from the Milan Cathedral (Duomo) to the Sforzesco Castle, the Galleria Vittorio Emanuele II and La Scala theatre, You will also have some free time for yourself to visit the city with its shops and designer boutiques

Dolomiti:
The tour to the majestic Dolomites offers a wonderful experience,  you will admire the clear mountain lakes, the charming villages and the magnificent alpine scenery.